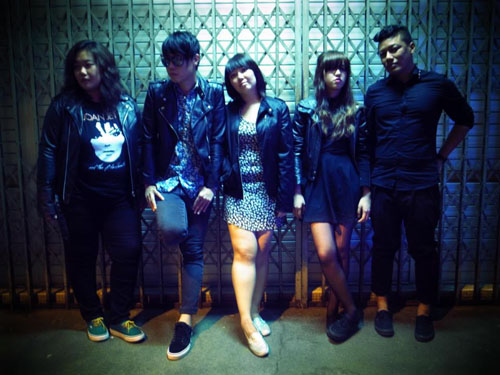 SINGAPORE: I’m Waking Up To…
Obedient Wives Club – Murder Kill Baby
Oh the glorious fuzz! Obedient Wives Club take their self-styled Spectorgaze (remember this kids!) to all new heights with the release of their Murder Kill Baby EP. What awaits is the throwback-to-saccharine 60s girl-band inspired pop paired with an almost manic dose of fuzzed out backwash that only the evilest of musical geniuses would dare tread upon. Don’t let any of their gentle imagery fool you – this music is a hard citrussy candy shell wrapping the warm centre of acid bombs. Stay lucid, or don’t. – Brian.

To download all 40 songs in one file click here. MAP is published on the 15th of every month, featuring a showcase of music handpicked by bloggers from all over the world.

END_OF_DOCUMENT_TOKEN_TO_BE_REPLACED

SINGAPORE: I’m Waking Up To…
Halcyon – Building With Sticks
One of the artists we’ve got on our radar this year is Halcyon (Zhong Ren Koh), who’s managed to come out just a little more broken in Singapore’s cookie cutter society. We love the singer-songwriter, and we love even more that Halcyon has broken out from that particular mould to become an emerging multi-instrumentalist. His arrangements are delicate and achingly heartfelt – sometimes they work and sometimes they don’t, but it’s more real than most of the crap out there. – Brian.

To download all 39 songs in one file click here. MAP is published on the 15th of every month, featuring a showcase of music handpicked by bloggers from all over the world.

END_OF_DOCUMENT_TOKEN_TO_BE_REPLACED

The cover art of her debut album kinda casts Jessie Ware as a modern-day lady in satin, and Devotion backed that perception rather nicely. No other album in 2012 sounded as poised or as stylishly rendered as Devotion, and the smoldering sophistication Ware projects is wonderfully distilled through her songs. Mid-tempo soul balladry mesh seamlessly with flutters of dreamy electronic music made for the floor, as Ware and her musical collaborators put the finishing touches to an entrancing pop album full of smoky restraint and subtle inventions. – Keith. mp3: Jessie Ware – 110%

Devotion is out now on PMR.

Best of 2012: Raime – Quarter Turns Over a Living Line 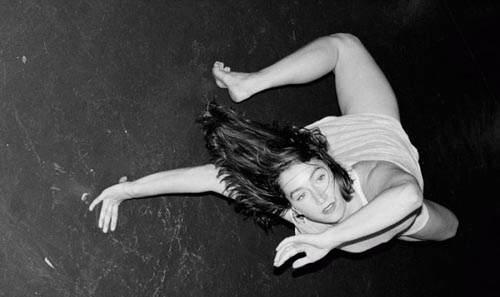 While I waited for The xx’s Coexist to match the minimalist thrills of their debut album, and as I pondered why I still lifted my skinny fists to Godspeed You! Black Emperor’s Allelujah! Don’t Bend! Ascend despite its (glorious) predictableness, I discovered an album that struck a darker and colder atmosphere than the former, with all the devastating inclinations of the latter: Raime’s anticipated debut LP Quarter Turns Over a Living Line is a tense, terrifying excursion of brutal ardour, casting a post-industrial gloom over much of anything I’ve been listening to this year. – Dan. mp3: Raime – Your Cast Will Tire

Quarter Turns Over a Living Line is out now on Blackest Ever Black.

Perhaps Nocturne is the atmospheric pop opus that Wild Nothing has been building up to ever since Jack Tatum’s winsome debut Gemini turned up in 2010. For his sophomore album, Tatum taps into an echo chamber of dark, subterranean pop nostalgia that lulls the listener into false paradises without ever losing grip of the songs’ melodic vitality. Nocturne thrives on that sort of ephemera and obscure objects of memory that are miraculously transmitted — only in dreams. – Keith. mp3: Wild Nothing – Paradise

Nocturne is out now on Captured Tracks and Bella Union.

Philosophers, pimps and pale kings may argue for the better angels of our nature, but riled-up septuagenarian Bob Dylan is having none of that shit. His 35th studio album Tempest drips with tales of carnage, Shakespearean vengeance and unrequited desires — not to mention a winding 14-minute title track that deconstructs the Titanic sinking in surreal details. The death-obsessed landscapes Dylan paints are no country for old men, yet Tempest bears the true grit of a grizzled survivor’s defiance in the face of mortality: The more I die, the more I live. – Keith. mp3: Bob Dylan – Long And Wasted Years

Tempest is out now on Columbia.

Under the overwhelming weight of an audacious album title like America, Dan Deacon has found an inexplicable spontaneity in a most exuberantly arranged pop record. The diverse connotations that America conjures is merely a foil for Deacon’s free-ranging creation of a world of density, expansiveness and childlike joy. The pace is blisteringly ADHD, with surprises at each corner flowing comfortably into each other. It’s addictive fun – just don’t read too much into it, and enjoy the ride for what it is. – Dan. mp3: Dan Deacon – Crash Jam

America is out now on Domino.

Arriving five years since his last full-length record, I Know What Love Isn’t from Jens Lekman is certainly well worth the wait, an enchanting breakup album so good it deserves its own manic pixie dream girl. In his songs, Lekman has seldom shied away from self-deprecation and lightheaded moments of vulnerability. I Know What Love Isn’t takes it a few steps further in revealing all the hallmarks of a hopeless romantic, brimming over with its rumination on heartbreak and love’s memories — or as Jens sings it, it’s all a bit like learning to carry along a broken heart gracefully. – Keith.mp3: Jens Lekman – I Want a Pair of Cowboy Boots

I Know What Love Isn’t is out now on Secretly Canadian.

SINGAPORE: I’m Waking Up To…
.gif – Diatribe
.gif embodies the illusion of data passing off as real-life moving images by giving us an electronic amalgamation of observatory life with shades of melancholy, hope and resolution. While usually accompanied by ukulele, Weish finds the embrace of warm textures courtesy of Din, with synthesizers and beat arrangements assembling base emotions into the soul of a machine. – Brian.

To download all 39 songs in one file click here. MAP is published on the 15th of every month, featuring a showcase of music handpicked by bloggers from all over the world.

END_OF_DOCUMENT_TOKEN_TO_BE_REPLACED

Best of 2012: Patrick Watson – Adventures in Your Own Backyard

Adventures in Your Own Backyard, the homespun fourth album by Patrick Watson, finds the Canadian singer-songwriter and his bandmates expanding their joint creative discipline in the confines of their home studio. The result is a set of handcrafted songs that manage to sound intimate in spite of the somewhat mercurial quality of the musical arrangements. The waltzing grandeur of Adventures in Your Own Backyard bears the distinctive traits of Watson’s songwriting, yet the languorous song material chugs along with a confidence that infuses the album with a sense of discovery in every melodic detail. – Keith. mp3: Patrick Watson – Words In the Fire

Adventures in Your Own Backyard is out now on Domino Records.

Tagged Adventures in Your Own Backyard, domino, Patrick Watson

i’m waking up to …
Blog at WordPress.com.
Loading Comments...